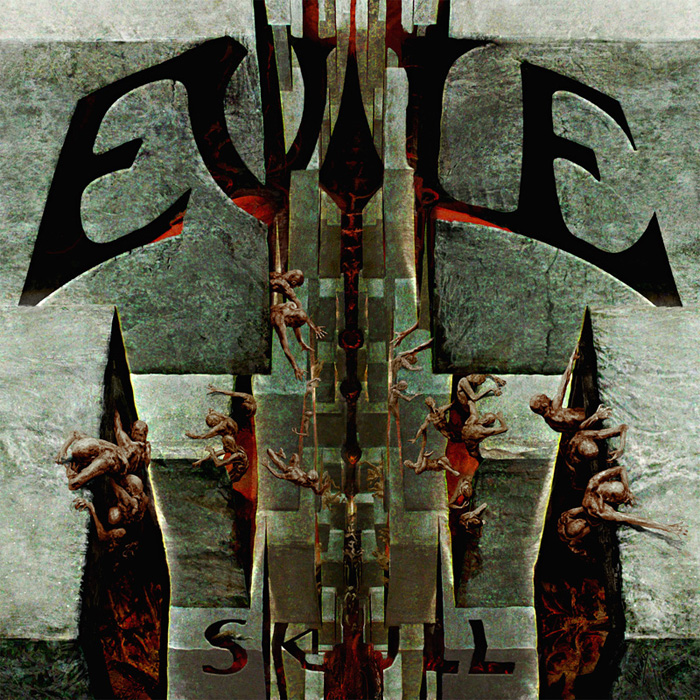 British thrashers EVILE have revealed that the official title for their upcoming new album is SKULL.

“Evile are proud as hell to reveal the title and artwork for our fourth studio album on Earache Records, which is to be entitled ‘SKULL’.  We’d like to extend our thanks to Eliran Kantor for his amazing artistic representation of our original concept, which we’ll reveal further details of in the coming weeks.  Our fans can expect this album to be a return to our thrashier roots, as well as exploring new ground in typical Evile form.  We’ve always said we want to progress and move forward in everything we do, and this album is no exception.  We’re so amazed with everything Russ Russell and ourselves have produced, and can’t wait for it to be released upon the masses!  Watch this space for more updates and album details.  SKULL is coming…  SKULL AWAITS YOUR SOUL!!!”

View the SKULL artwork at http://earacherecords.com/myspace/evile_skull.jpg

SKULL will be available in a variety of formats on May 27th.  The album will be released in Europe on Earache Records and in North America via Century Media/Earache Records.

EVILE are celebrating this year’s Record Store Day with the release of a limited edition 7″ picture disc split with Swedish death metal legends ENTOMBED.  The release will feature ENTOMBED’s classic 1990 track, “Drowned”, along with EVILE’s 2012 cover version.  The 7″ will be available in independent record stores on Saturday, April 20th in limited quantities.

EVILE will also be performing a special show for fans at Crash Records in Leeds, UK on April 20th at 4pm.  Fans who buy the 7″ vinyl from Crash Records on the day will get free entry to the show (space permitting).

Evile Merch is now ON SALE at the Official Evile Big Cartel store including new stock and designs!

Support the cause and buy DIRECT from the band!